Astronomy has been a passion of mine since age 10. I lived in Amsterdam then and it was too light polluted, but when we moved to Hoogeveen, a smaller town, I started  observing the sky. 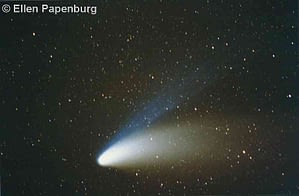 I helped start up our local chapter of the National Astronomy Association when I was 19. It is celebrating its 40th anniversary this year and counts a number of truly great astro-photographers among its members.

At first I mostly observed rather than taking pictures, and in my teens and twenties contributed a lot of my time to the local chapter.  I tried to popularize astronomy and educate the public so that they would understand the world around our spaceship earth, and see how fragile and unique this blue gem we live on really is. I believe that we should treat this planet with much more respect than we have so far. Looking outside gives us an opportunity to look back inside and understand the complete picture.

In 1983 I moved to Toronto, Canada and I had an even worse problem with light-pollution than I had in Amsterdam. We later moved to a small town in the middle of nowhere in SW Ontario  that has much darker skies and I picked up the hobby again.

Within astronomy I like the unexpected. That’s why comets intrigue me the most. They are often visitors from far outside our solar system, and they are quite unpredictable in behaviour. Comets, often with a visible tail (caused by the pressure of light and magnetic field of the sun), can be observed for weeks, months and even years moving along their long orbit around our star, the Sun. Besides observing and estimating brightness I now and then took pictures and we will show several here.

In spring 2013 I started to take some humble first steps in digital astro-photography with comet PanSTARRS.  Still much room for improvement, but that is part of the fun.  They will be added soon.  Meanwhile, I will slowly add some of my older photos taken with film.